Back to Basics - The Startup

Startups are businesses that aim to revolutionize and disrupt industries and possibly change the world for the better.

Startup founders dream of giving society something it needs but hasn’t created yet—generating eye-popping valuations that lead to an initial public offering (IPO) and an enormous return on investment (ROI).

Startups are young companies founded to develop a unique product or service, bring it to market and make it irresistible and irreplaceable for customers.

Rooted in innovation, a startup aims to remedy deficiencies of existing products or create entirely new categories of goods and services, disrupting entrenched ways of thinking and doing business for entire industries. Innovators such as Uber, Airbnb or Apple completely disrupted their own industries.

You may be most familiar with startups in Big Tech—think Facebook, Amazon, Apple, Netflix, Google, collectively known as FAANG stocks.

How Does a Startup Work?

On a high level, a startup works like any other company. A group of employees work together to create a product that customers will buy. What distinguishes a startup from other businesses, though, is the way a startup goes about doing that.

Regular companies duplicate what’s been done before. A prospective restaurant owner may franchise an existing restaurant. That is, they work from an existing template of how a business should work.

A startup aims to create an entirely new template. In the food industry, that may mean offering meal kits, like Blue Apron or Dinnerly. Their purpose is to provide the restaurant experience but with convenience and choice that dine-in places can’t match. It means that the burden of grocery shopping and hunting for recipes are off the user’s shoulder. Through these examples it becomes clear that these businesses revolutionised the restaurant industry and developed a service that comes with a great demand. In turn, this delivers a scale individual restaurants can only dream about.

Startups Aim for Speed and Growth

Startups aim to act upon ideas very quickly. The process of iteration is where they continuously improve products through feedback and usage data. It’s quite common for a startup to begin with a basic skeleton of a product called a minimal viable product (MVP) that is tested and revised as long as needed - until it becomes ready to hit the market.

Rapid expansion of their customer bases is also has high priority within a startup, while they’re working on enhancing their products. The efforts allow them to establish increasingly larger market shares, which lets them raise more money that then lets them grow their products and audience even more.

All of this rapid growth and innovation is typically, implicitly or explicitly, in the service of an ultimate goal: going public. When a company opens itself up to public investment, it creates an opportunity for early investors to cash out and reap their rewards, a concept in startup parlance that is known as an “exit.”

How Are Startups Funded?

It’s worth noting that the initial stages of startup funding are limited to those with especially large pockets, people called accredited investors.

While everyone wants  the Peter Thiel-kind-of 200,000% return on their investment (he was an early investor in Facebook) the vast majority—about 90%—of startups fail. This means early stage investors have a very real possibility of seeing 0% returns on their investment.

How Do Startups Succeed?

While many startups will ultimately fail, not all do. For a startup to succeed, many stars must align and crucial questions be answered.

If a startup is able to answer all of these questions, it may stand a shot at becoming part of the 10% of early-stage companies to survive.

How to Invest in Startups?

Unfortunately, startup investing isn’t widely available to the masses, in order to get involved, you must be an accredited investor.

In case you don’t belong to this group, you still have options. Crowdfunding sites like WeFunder or SeedInvest allow anyone to put down a small sum in exchange for a piece of a startup. SeedInvest offers pre-vetted opportunities and an investment minimum of $500— as a comparison, it’s 50 times lower than the typical check expected from accredited investors looking to get into the startup investing game. 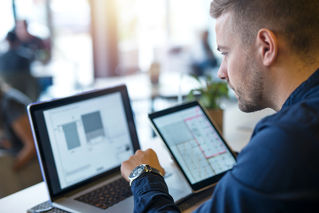 Project management is an essential task for every company. Managing tasks, allocation, roles, in respect of deadlines all determine the success of a business.
Read more 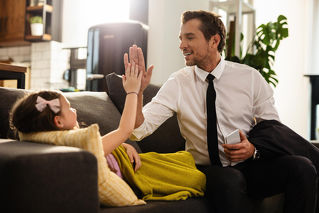 How to Manage Transformation in Family-Owned Businesses 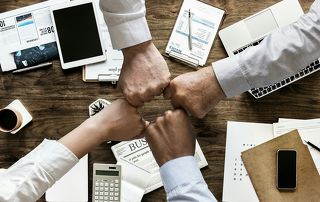 Innovation - Where and how to Start?

While it’s entirely possible to innovate on your own, it’s also the far more difficult option. If you’re fortunate enough to work within an organization that promotes development and experimentation, take full advantage of the possibilities afforded and talk things over with others.
Read more 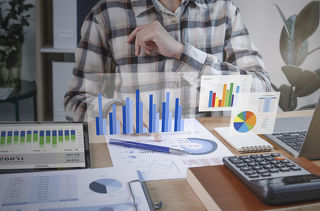 Business analysis in theory and in practice